There are many business articles and blogs that analyse why personal relationships in business are beneficial.  What I want to touch on is a little deeper being the importance of a personal vision for a SME business owner and how that relates to their business vision. 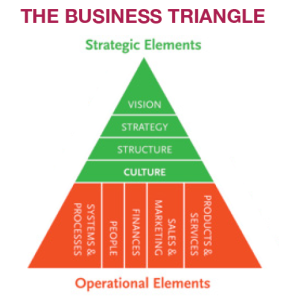 The simplest way to prepare a personal vision is to do some critical thinking about you and what you want to get out of your life.  Focus on the following areas:

Summarise your critical thinking and prepare a one page document, dated 5 years from now, in the 1st person, that illustrates how you are living your life with reference to the above 8 areas (only mention the most relevant and impactful areas).  Sign it off as a commitment, review it routinely and note where you have chosen to edit your path.

The next stage is to review your business vision, culture, structure and operational strategies to ensure that they align and support your personal vision. 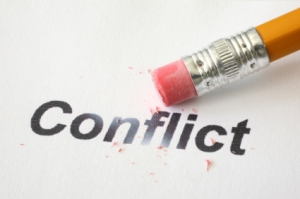 I recently attended a professional development session by Noel Posus on “becoming a conflict competent leader” which was an interactive two hours that allowed for experiential learning and development.  Following this session I have had some time to reflect, compare with the Emotional Intelligence framework and draw parallels with real situations.

“Conflict is any situation in which people have apparently incompatible goals, interests, principles or feelings”

When the word conflict is mentioned usually there are immediate negative connotations, however there are benefits to conflict, such as:

When a conflict situation is a “task focused” there is a higher chance of resolution and benefit than a “person focused” conflict which results in escalation due to negative emotions.

How wonderful it would be if we could keep all conflicts task focused, however emotions can get the better of us and conflict can become person focused quickly.  The competent leader according to Noel needs to build relationships (dynamic listening and communication) before the future conflict occurs to ensure when it does occur that it is constructive.  Other keys to success involve managing your emotions (have a clear head); actively resolve the conflict (co-operate and take action); and accept conflict (adapt).

Reflecting on a conflict situation where the technical treatment of a payroll transaction was the focus, the intention of both parties was to seek a resolution and some negotiation was required to achieve a mutually satisfactory solution.  It was clear that problem solving was the key to achieve this outcome.  According to Boyatzis (1982) through his competency framework the ‘diagnostic use of concepts’ is a critical component to the development of a resolution strategy.  We did just that by diagnosing the issue as part of negotiation and a resolution strategy.  Similarly, Goleman (2004) highlights the competency of ‘conflict management’ from his emotional intelligence framework which highlights that it is critical to understanding the differing perspectives of the parties to achieve a win-win outcome.  Overall, the result was that we diagnosed the implications of the task focused conflict; had an awareness to encourage debate and open discussion which to lead to a more innovative or creative solution.

“Effective managers understand that conflict is not always about resolution; it can also be about orchestrating win-win situations” ~ Goleman (2004)

What sort of conflicts have you been involved with that have resulted in the complete opposite?

Recently I participated in an executive leadership workshop at Readify.  This reminded me of work I had previously been doing around how to become a better business leader and whether a deeper self-awareness made for a more effective leader.

Self-awareness involves reviewing and analysing feedback about oneself to improve personal effectiveness as a leader.  Self-awareness is influenced by a leader’s personality and gaining an understanding of their personality typology through self-profile and self-audit. The Myers Briggs Type Indicator (MBTI) is one of many personality typology frameworks that aid in identifying a leaders preferences, ways of thinking and how they interact with others.  It allows for a deeper understanding when a leader reviews feedback as part of one’s self-awareness.

I established that a self-awareness of strengths and weaknesses assists the business leader to be better when confronted with varied situations.  After undertaking a variety of the Myers-Briggs Type Indicator (MBTI) I confirmed myself as ISTJ and the description rang true mostly.  It identified to me the traits and characteristics that I have a preference towards, which are not always the most effective for the situation.

This activity has enlightened me as a business leader especially on the limitations of my characteristics and in that same vein it has crystallised my strengths that I was reasonably aware of, however I now have a new perspective that will enhancement my effectiveness as a leader.

I was introduced to the DISC framework at the executive leadership workshop.  The framework allows for a self-awareness of communication style.  There are four quadrants that focus on style and preference of communication.  We were asked to allocate 10 points across the quadrants to establish our style preference.  There were interesting results when comparing with others’ perspective of your preference of style.  Having an awareness of not only yours, but others style assists with more effective outcomes of negotiations.

A general criticism of personality typologies is that they have the potential to justify poor leadership and/or behaviour based on the leader or followers personality type.  However a leader’s type may suggest how they think or predict that they will act a certain way in a situation there is no excuse for removing the potential for personal growth through self-awareness.

Am I now self-aware? Yes, I am now more aware.  Time and reflection will aid in a deeper self-awareness and being a more effective business leader.