Over the last six months I have been heavily involved in the formal establishment of a subsidiary in the Philippines.  This involved the initial legal structure right through to daily operations.  During this period I have reflected on the business theory related to cross cultural leadership and management.

We know that modern day leaders work in a global world, even when they are based domestically and this exposes many leaders to different cultures frequently.  This exposure is intensified when you venture internationally.

“…the single greatest barrier to business success is the one erected by culture.”

In my experience working in many Asian countries cultural differences can impact business activities such as effective leadership, meetings, entertainment, negotiation, expectation, decision-making, conflict resolution and communication style.  To succeed, leaders must be aware of the relevance of ‘culture’ and ‘multicultural’ environments.

There are two types of culture that influence an employee and need to be considered by the leader: 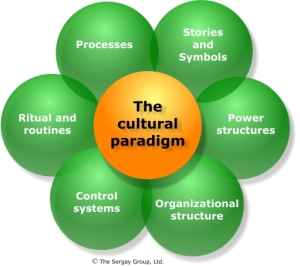 “…those customary beliefs and values that ethnic, religious, and social groups transmit fairly unchanged from generation to generation.”

To understand and effectively negate cultural barriers to business, leaders must appreciate the employee’s emotional attachment to ethnic traditions; places; events; stories; and memories.  I have found this especially true in relation to traditions (that may be carried out during working hours) and events (that occur throughout the year during work days that have relevance to an employee’s way of life).

In order to deploy effective leadership, leaders need to take the time to explore, investigate and understand these manifestations of culture in the workplace before adapting their leadership style.

One Reply to “Cross Cultural Leadership”